Thank you for visiting our website. We are complying with the State of California "Safe at Home" order and are not fully staffing our office in San Bernardino. We have employees working from home to answer your questions and our Consultants are still on line. We will still be conducting webinars. Please contact us at help@corcoranccg.com or leave a voicemail at (800) 399-6565. We will be respond to your inquiries as soon as possible. 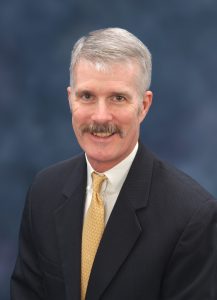 Paul  is a Senior Consultant with Corcoran Consulting Group.

He began his career in ophthalmology in 1976 while in the United States Navy and received his credential as a Certified Ophthalmic Medical Technologist (COMT)  through the Joint Commission of Allied Health Professionals in Ophthalmology (JCAHPO) in 1984. He has held program director and faculty positions at both COT- and COMT-based training programs, educating ophthalmic technology students and ophthalmology residents, and most recently served as Senior Clinical Operations Manager at a large academic practice. He has had an active role in Clinical trials. In 2003 he received his Certified Ophthalmic Executive (COE) certification, and additionally received his Master of Business Administration with specialization in Healthcare Management from Regis University in 2005. He also received his Certified Professional Coder (CPC) certification in 2010 and his Certified Professional Medical Auditor (CPMA) certification in 2012. He served as President, Association of Technical Personnel in Ophthalmology (ATPO) on two separate occasions; in 1991 he was honored by being named a Fellow of the organization. He served as the President of the Consortium of Ophthalmic Training Programs from 2006-2007, and also served on the American Society of Ophthalmic Administrators’ (ASOA) Board of Governors as a Member-at-large from 2009-2010.